Time moves backward this week bringing a slow down along with three weeks of blocks and confusion.  Mercury retrogrades on Halloween, Thursday, October 31st through November 20th. Then, on Sunday we turn the cocks back from Daylight Savings to Standard Time. At least we gain an hour of sleep. A positive sign shift for Venus, making a nice connection with Mercury will ease some of the pressures.

The sun opposes Uranus on Monday as part of the energy from Sunday’s New Moon. This can disrupt sleep patterns or just give you too much to think about when you should be sleeping.

On Cabbage Night or Goosey Night, October 30th, Mercury and Venus join together for their swan song of 2019. This combination has a brief but positive impact on real estate because the energy favors buying and selling.

There is an abundance of planets in the fixed signs, which means that endurance is good but flexibility and adaptability are difficult. Add to that an emphasis on the water element, and you can bet that deep, hidden emotions are coming to the surface. It is important to pay attention to those irrational emotions because they are attempting to cleanse and heal that which has been stuck in a hidden place far too long.

Wednesday is good for communicating in relationships as talkative Mercury aligns with relationship planet Venus. However, you don’t want to make carved in stone decisions now because Mercury turns retrograde in Scorpio on the next day.

With Mercury turning retrograde on Thursday, October 31st, hidden emotions rise to the surface, and that can include other things coming to the surface as well. The secret’s out and the jig is up. Boo!! Happy Halloween.

This is the time to take a “time out” and evaluate your growth, successes, and failures over this past year. It’s also a time when old friends, lost objects, or missed opportunities can show up again. 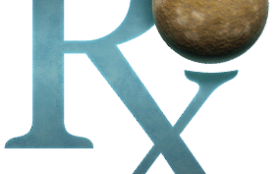 Mercury is retrograde in private Scorpio until the 20th. It is good to communicate your deeper emotions and look at your financial plan as the communications planet moves backwards in the sign of sex, death, other people’s money, and taxes.

The downside of Mercury retrograde is confusion with all communication, information, probems with your devises and any electrical appliances, along with changes in your travel plans. Also, it’s never a time to sign important documents or contracts without checking out all of the fine print.

There is always a sigh of relief when we reach All Saints Day on Friday, November 1st, especially when Venus leaves intense Scorpio and moves into Sagittarius. This sign shift almost brings in the lightness of the Holiday Season, bringing a not of optimism and confidence to both your relationships and finances as well as a desire to take risks and push boundaries. 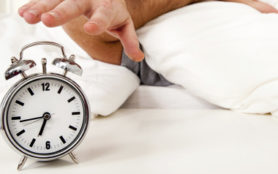 Saturday night — Sunday morning is a time to “fall back” because Daylight Savings Time ends at 2:00 am on November 3rd. The days get shorter and the nights get longer until next March.

01jun6:00 pmListen to Let’s Find Out with Elizabeth Joyce Live