February should settle down after last month’s lunar eclipse activating the same area of Capricorn as the triple alignment planets Pluto (death & rebirth), Saturn (restructuring) and Jupiter (expansion of belief systems); But please do remember that those three life-changing planets will be working close together all year.

Communications get more emotional this week because Mercury moves into Pisces on Monday. Feb. 3rd for two months, because it retrogrades through half of February and part of March. It’s difficult for this logical planet to move through the emotional sign of Pisces, and it may seem as if you’ve lost your common sense.  The plus side is that Mercury brings vivid imagination and creativity, which is great for writers, researchers, and film makers.

Although Mercury can inspire you to live your dreams, it can also help you to be a convincing liar and perhaps abuse drugs and alcohol. This planet turns retrograde in Pisces on February 16th and then will go back into Aquarius before the cycle ends on March 9th.

The Love and money planet Venus, moves into Aries on Friday, Feb. 7th shortly before the Leo Full Moon on the 8th. This is a time when the Lovers planet focuses on it’s own needs instead of those of others. If you are a giver more than a taker, this passage will bring you some lessons for the next four weeks. The Aries energy should give you the “fire” to get moving by opening your heart and pioneering a new path. It also asks you to balance your relationship needs with you independent needs. Perhaps it is time to pioneer a new path in strengthening relationships or get out to meet new people. Map out a plan to come up with new ideas to make money. 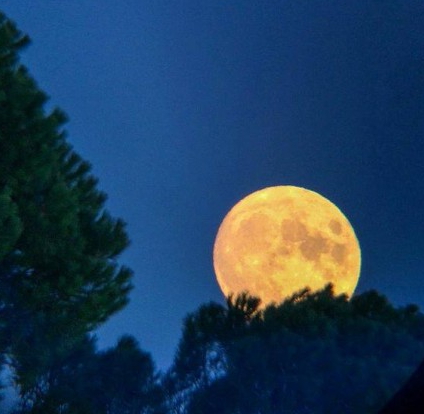 The big, bright Full Moon in Leo late Saturday night, Feb. 8th is strongly illuminated by the opposing Aquarius Sun, providing us the best time of the year to bring leadership issues to a head as well as personal, creative projects and/or anything to do with children to a successful and positive conclusion.

Rest up on Sunday as the moon is in its quiet, introspective “void of course” phase. Journal your plans for next week and into the coming Spring Equinox in mid-March. Plan ahead!

01jun6:00 pmListen to Let’s Find Out with Elizabeth Joyce Live