While the fluctuating energies of the first half of December continue during the first part of the week, it will be all sorted out by Christmas. Christmas Eve promises a holiday time filled with joy, understanding, and goodwill for all. 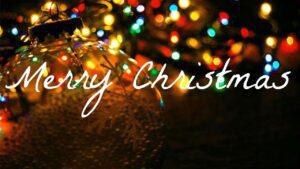 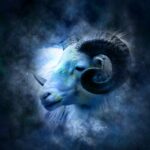 Jupiter moves into “new starts” Aries on Tuesday, December 20th to get you moving. The god of abundance expands your belief system, so don’t sell yourself short-  as new possibilities are emerging. Jupiter tested pioneering Aries from late May through October of this year. Now, he is ready to kick it into high gear.

On Tuesday morning, Jupiter enters Aries after spending about two months in Pisces. Jupiter was temporarily in Aries, so plans to strike out in a new direction that were teasing you -are now in a position to get moving again. Jupiter, as the god of blessings and abundance, will help you – but you must be willing to take a risk on yourself. He is in Aries until mid-May, 2023, so there is astral beneficial help in pioneering a new path.

However, nerves could be on edge now due to demanding pre-vacation work schedule caused by a lunar T-square with Saturn and Uranus.

Don’t worry if it is a bumpy start because assertive Mars is still retrograde until January 12th, and communications planet Mercury is slowing down to turn retrograde on December 29th. just before New Year’s Eve.

Luckily, Jupiter is in Aries, bringing a massive energy boost. Even though there’s a lot of tasks on everyone’s plate, the overall mood will be merry and heart-felt.  The Moon adds to the positive vibrations by sending harmonious vibes to dreamy-eyed Neptune and Mercury.

The Winter Solstice is Wednesday, December 21st. A chart cast for the next three months shows that the Moon, Mercury, Venus and Mars are all in a condition astrologers’ call “out of bounds.”  That means that they are all in an extreme position relative to their normal path so that you can shift vibrations from all on – to all off. Think of people who work hard all week and are a couch potato all weekend. That goes for emotions, communications, love/money and ambition.

The point is to take responsibility for creating balance between all of these areas of your life. Fortunately, all four planets help each other while cooperating with each other.

Wednesday will be slightly more stressful, with the Sun square Jupiter, along with the Moon opposite Mars, retrograde. People will be feeling overwhelmed with things to do, but find little energy to get it done.

The one difficulty is that the Moon is on the opposite side from Mars, so it is important that your emotions and actions find a way to work together. There is a mild challenge between the energetic Sun and Jupiter, but that should not be a problem as long as you don’t overextend yourself. Venus and Uranus are in harmony, so there is a certain social- combined with practical -energy happening as well. Think of mixing business and pleasure.

Thursday is an excellent night for dating and romance. Venus is sending strong love vibes to “I’m up for anything” Uranus. You can expect to be unexpectedly swept off your feet!

Since Uranus rules technology, don’t be afraid to wade into the foggy waters of on-line dating, as you may find a pearl among the waters. With the Moon sextile Saturn that same day, new love affairs could quickly become serious and lasting.

The New Moon at 2 degrees Capricorn is on Friday, December 23rd.  Five of our ten planets in astrology are in Capricorn now. The energy is embracing biting off a bit more than you can chew-Jupiter. You still may need to tie up a few loose ends at work, buy some last minute gifts, and shop for Christmas dinner. Can you get it all done? Probably, but even if you can’t, remember to take a deep breath and relax!

On the worldly level, it is time to take care of the basic fundamentals in life. Make certain your foundation is stable; that it’s practical and pragmatic. Remember, the Season is about festive good cheer, not showing everyone how perfect you are. Feelings of love, high spirits, good communication, and personal empowerment are everywhere Christmas Eve. There’s a song in the air – there’s a star in the sky – there’s a mother’s sweet prayer, and a baby’s low cry. The Star shines it’s Light while all the Angels sing.

Spiritually, Capricorn tests you to determine if you are ready to go up into a new level of existence. It is an initiator of a new order, helping you go to a larger consciousness, but not until you are ready. Because this New Moon is so close to the Winter Solstice, some of the energies are similar. Don’t overextend yourself.

Mixing business and pleasure are favored as Venus trines Uranus. This is also a social combination, but coming from a practical point of view. 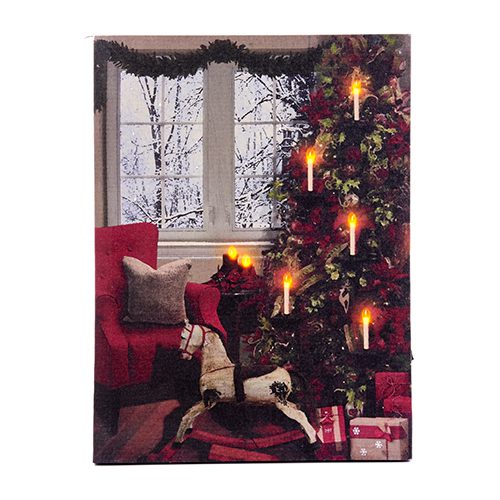 Saturday evening, Christmas Eve, has a gentle combination of Mercury and Neptune. This supports short trips and short spiritual events. Get in touch with family who have been distant; they will be delighted to hear from you. This Moon is sending out almost an unheard of energy of harmonious vibrations, including some exciting aspects to Uranus, Venus, Mercury, Pluto, and Neptune.

Chatty Mercury will also be boosted by a good-natured sextile to Neptune, bringing peace and joy to all human contact.

The Moon is in friendly Aquarius all day on December 25th. The day continues the upbeat vibrations to a sentimental Moon that is energized by powerful Mars and Jupiter. The sky is full of love and good cheer so enjoy the Holidays with unhindered high Spirits. Wishing you Happy Holidays Merry Christmas to `everyone.

Recieve weekly news and inspiration in your inbox.