There are two major shift in the sky occurring this month. The spiritual destiny nodes of the moon move into Gemini and Sagittarius May 4th for 1 1/2 years as a part of an 18 1/2 year cycle), and relationship planet Venus turns retrograde in Gemini. They are not planetary bodies; rather, they are mathematical points that take into account the relationship between the Sun, Moon, and Earth at the time of our birth. 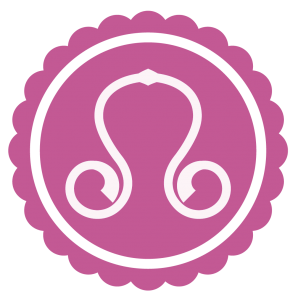 The nodes are leaving Cancer and Capricorn where they have been since November 2018. These exiting water and earth signs tended to be security oriented and create grooves which became ruts for many people. Gemini and Sagittarius represent a breath of fresh air and passionate fire elements. Air and fire are ready to open to new ideas that bring forth their passions. It represents a time where we must adapt our way of thinking and communicating. Old traditional ways no longer work. It will be difficult to keep people in virus lock down because this combination will increase cabin fever.

In regards to the May 13th Venus retrograde cycle, relationships and finances are ready for review and revision. Ambitious Mars moves into Pisces on the 13th until late June, presenting an opportunity to bring out your spiritual warrior. On another note, the three planets involved in this year’s triple alignment in Capricorn are turning retrograde (Pluto on April 25th, Saturn on May 11th, and Jupiter on May 14th). There are different ways of interpreting this. My hope is that the world is getting the virus under control by the time they all move forward in early October.

Monday, May 4 th the Sun merges with Mercury, which  is an ideal time to close a deal, send important messages,  or to buy and sell. It’s a  talkative day under a social and diplomatic Libra Moon, while the Sun aligns with quick-witted Mercury. This energy continues into Tuesday - Cinco de Mayo for quick, festive celebrations.

Also, The nodes of the Moon move into Gemini and Sagittarius on the 4th until January 2022. Sagittarius speaks higher truth and Gemini translates it into a language that all can understand. Many are getting restless as summer approaches. People will definitely want to travel, take/teach classes, move, and meet new people. Since Gemini is associated with short trips, it will be curious if more people choose to travel within their region rather than get on an airplane. Restlessness, upsets and change is in the air.

Be aware with these intense energies that temptation is at it’s highest peak so be sure to avoid any risky, or uncertain situations as well as unsafe neighborhoods or situations this week.

On Thursday, May 7th the Scorpio Full Moon will be fully illuminated by the Taurus Sun, bringing us another Super Moon. This powerful Moon represents endings and completions. Hopefully it will include the devastation of this virus effect on the world. The goal of Scorpio is to transform, albeit sometimes painfully. It is often a time of crisis because secrets, negative past actions, and hidden desires tend to slip out of the darkness into the Light. 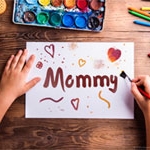 Sunday brings us Mother’s Day and finding the right card or the right words may be easier with Mercury trining both Jupiter and Pluto. That evening Saturn turns retrograde, easing up its force until mid-September. It’s time to review exactly where you are in life, and seriously look at what needs to change. It’s time for a performance review, to see how well you’ve done with work and family, paid attention to your responsibilities, and dealt with loss, depression and these difficult and changing times.