The Electoral College doesn't vote until December 20th, 2016, meaning that the president-elect is not a done deal. Lot's can happen up to then as well as on Inauguration Day. If you can understand what is going on - you are a very rare individual - and I wish for you to explain it to me.

Below is the information that I presently perceive to be correct.

1. Trump is a pawn. Two groups in the actual Shadow Government are fighting over him. He probably (almost undoubtedly) does not understand his own situation, but he understands it better than I do. At least I hope he does.

2. The one side / Faction One of the Shadow Government, whose agents are the 15 "secret alphabet intelligent agencies of the United States Government" wish to compromise / assimilate / completely control Trump, but that apparently has not yet occurred. They have been holding numerous meetings with him and certain ones of his appointees.

a. subverting the Electoral College,
b. a continuous barrage of publicity in the MSM (Main Stream Media) as to how unsuitable he is to be president.
c. By instigating massive demonstrations of social unrest, both of BLM (Black Lives Matter) and other anti-Trump demonstrators.

3.  Carefully look at this three minute video from five days ago. Note the quality types of buses. Notice the company logos on one string after another. BIG money to do all that chartering. Big money to do all that coordinating. Do you think average American people are laying out the money to go to those demonstrations? Taking time away from work and family and other life activities to go to POST-ELECTION protests against Trump? Carefully, think it through and come to your own decision.

"Who is it that is trying to control your opinion/thought/concept?"

George Soros has funded many of the demonstrations both in the US and in Europe and the Ukraine.

One current item at this moment, is the whereabouts of Julian Lasange. The latest update that I have, which is supposedly the Wiki Leaks debunking is propaganda, misdirection and only re-inforces the importance of consideration this factor. The truly relevant link is about the dead hand, and I think it has been activated.  (Julian is about to face an assassination attempt.)

While I have seen many other pieces of information restating what I have gathered together here, it is all just repetition. You have just as much information, in quality if not in quantity, so I hope you understand what all this means. If so - please explain it to me.

Word in just at this moment that Trump has named a pro-Ukraine CIA Director. A Faction Two action against Faction One. Now - what would that mean? There may be multiple factions - and multiple actions of which I have no comprehension - but I do think a gigantic and significant battle is going on there that bodes you or me no good - no matter who wins.

Exactly what are the steps to the presidency? Probably something more than we were taught in our fifth grade American Government classes. In fact, I see more than anyone mentioned in my university graduate political science studies. Okay, there is the matter of getting the nomination. Sorry Bernie, no one ever told me about Super Delegates. Local contests don't count. Once you get the nomination (it really does have to be one of two - in our two party system) then there is the election.

Getting the most votes (the popular vote doesn't cut it, as has been the case in several elections). Winning the Electoral College doesn't cut it either. There is a thing (perfectly legal) called 'unfaithful delegates'. The electoral college delegates don't even have to be elected. The delegates can be appointed by state governors, legislatures or whatever, perhaps contested up to the STATE Supreme Court, which is where that ends, unless you don't like the chad count result, and you are named Bush. Then the US Supreme Court can one time (only) over-ride the State Supreme Court in Florida for you to become President, and then reverse itself in the next election in New York, and say it has no constitutional basis to interfere. 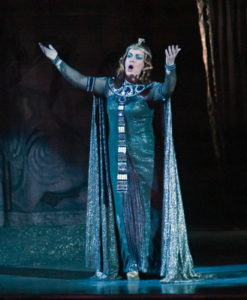 But, as the saying goes that is now all water under the bridge. We are looking at the present situation and we are up to the point where Trump has won the Electoral College vote. Many people thought the game was over on November 8th. Wrong. You may say that we are into overtime, and it isn't over until the Fat Lady sings. (one should not presume to know the outcome of an event which is still in progress.) The choice isn't final until the Electoral College votes - (and constitutionally it can vote anyway that it wants). Then the choice is final. BUT that isn't the end of it. NOT by any means. There are some things not mentioned in polite society (and certainly not in the Fifth Grade History/Government Class) and one of those things is called a coup, which is where we are right now, and there are a number of steps and strategies beyond that.

So you have state nominated / nationally nominated / main two party nominate / popularly or electoral college designated / Electoral College elected. We aren't due there until December 20th, if we make it that far. 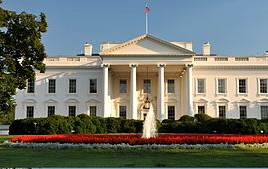 Providing that there isn't social / financial collapse or World War III, with the implementation of martial law, and the presidential designate does make it to Inauguration Day (without heart attack / stroke / auto-air accident or a thousand other possible intervening factors) and they become the president elect - they are still not 'the sitting president' or what is often called "the present occupant" of the White House, which may or may not exist at that time.

Now, I hear everyone saying - "Whoa, you have just gone way off the scale of probabilities", to which I reply, "Yes, but not that of possibilities, because there are many more including assassination (think Lincoln), internal coup (think Wilson), (the present Shadow Government), military coup (think many other governments), revolution (think beginning of the country)" and while I can go along this vein at length my paradigm doesn't even include things like alien intervention. 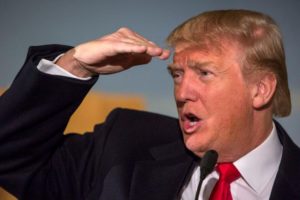 2016 is the Chinese Year of the Monkey. Anything can happen. We do live in interesting times - and I am just telling you, Trump isn't a done deal. The Fat Lady isn't even warming up. I understand probabilities. I just find possibilities more interesting - and paradoxically more probable.

Remember my internal message all year long, "The next president of the United States is not running at this time." If you go along with my vision, the only revelation I can give you is that what is going on is EXCITING, EXCITING, EXCITING to say the least.